Wow! What a first week and a half! Though I have so much to write about, this blog post is going to be about our Young Adults Weekend in Northern Ireland.

On Friday morning, Jordan and I departed Glasgow Central train station to begin our journey to Northern Ireland. We arrived in Ayr, where we then took a bus to Cairnryan. At Cairnryan, we boarded the ferry to Belfast. Now, I’ve ridden a lot of ferries in my lifetime – but this was unlike any one I’d ever been on. It consisted of 10 floors: including a spa, a cinema, several restaurants, and a vast array of seating options. The ride to Belfast was beautiful: the sun was out, the sea was calm, and the views were spectacular. Upon our arrival in Belfast, Jordan and I had a few hours to explore the city, and that we did! We got to walk through the many shops and buskers in the city center, and visited the Titanic museum.

Upon our arrival at the Young Adults Weekend, which is put on by the Reformed Presbyterian Church of Ireland, we heard our first lecture from Pastor Philip Dunwoody. The weekend’s messages were based on Haggai. The center of Haggai’s message, as we learned in the first lecture, was this: “in a day of small things, don’t neglect one crucial thing: the kingdom of God.” Haggai’s message to the Israelites from God was that they had to rebuild the temple, as they had returned from the exile 18 years earlier – they had plenty of time to do so. They were to witness to those around them by building in Jerusalem – and we also are to witness, as the living church, with a faith that is evident and energetic, and in every part of our lives. All of Philip’s talks were thought-provoking, and I am so thankful for the opportunity to go to YAW at the beginning of my semester here in Scotland. Some main points from another of Philip’s talks were also drawn from Haggai: don’t be intimidated by your past; be strengthened for your challenging present; and be assured of your glorious future. I can’t think of a better message for the beginning of a new adventure abroad! We also had two great seminars: one on Christian friendship, and one on transgenderism. I am so thankful for the opportunity to interact with believers of my age from across the world, and for the new friendships. The Psalm singing was really powerful, seeing the beauty of Northern Ireland was wonderful, and the faithful witness of so many believers was evident.

The ferry from Cairynryan to Belfast. 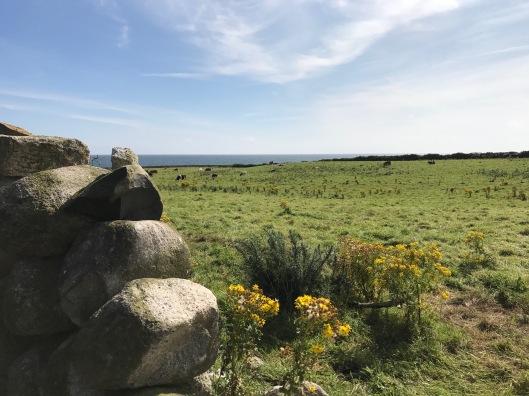 The RP church we worshipped at in Newry on Sunday. 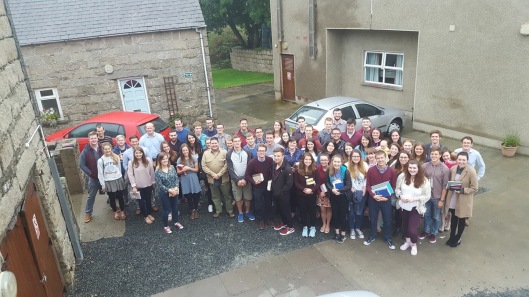 Everyone who was at the weekend.

Learning and growing through experiencing life in another culture, and through interaction within a church that Christ is building into a living, dynamic body.

For more information visit:
www.geneva.edu/semester-in-scotland/
or
email us at semesterinscotland@gmail.com